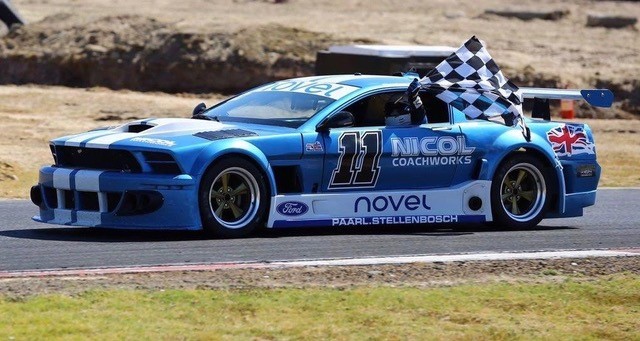 CONGRATULATIONS Stephen Young!  It’s been a fantastic season for British racing driver Stephen Young in the Nicol Coachworks, Novel Ford backed V8 Masters Car, with six race wins and a host of podium finishes he went into the final round of the V8 Masters Series on December 3rd with a twelve point lead in the Championship from his closest rival Marcel Angel and emerged victorious.